Who has not seen the American Mafia trilogy The Godfather? The third part is not only about the death of Michael Corleone. A scandal involving the Vatican Bank and the conspiracy theories surrounding the then Pope John Paul I are also dramaturgically interwoven. Behind this cinematic realisation, however, there is a real economic thriller, a financial scandal with entanglements in the Vatican, which will be briefly illuminated.

The Ambrosiano banking house was founded in Milan in 1896 by Giuseppe Tovini, a Catholic lawyer, and named after Bishop Ambrosius of Milan. The banking house was intended as a counterweight to the non-church banks. In the 1960s, the bank expanded and, among other things, opened a holding company in Luxembourg. Roberto Calvi became General Manager in 1971 and Chairman of the Bank’s Supervisory Board in 1975. Under his direction, the bank expanded and established branches in South America and the Bahamas. The main shareholder of the bank at that time was the Vatican Bank, or more precisely the Istituto per le Opere di Religione, or IOR for short (Italian for Institute for Religious Works) under the direction of Archbishop Marcinkus. 1976 saw the first crises at the Ambrosiano banking house. The bank played an important role in the Propaganda Due (P2) conspiracy in Italy. During the later investigation of the irregularities, it was discovered that its president Calvi and his aides had set up numerous letter-box companies to conceal suspicious transactions. A bank in the Bahamas, Cisalpina, played a key role. This was directly managed by Calvi and Marcinkus. Falsified securities were also used to disguise and remedy the bank’s funding shortfalls. However, the desperate attempt to still save the bank failed. Calvi and the Marcinkus were charged with money laundering and embezzlement and participation in 1982. Calvi, who had gone into hiding, was found hanged under Blackfriars Bridge in London on 18 June 1982. Whether it was a murder for hire or suicide could never be conclusively clarified. The Ambrosiano Bank went bankrupt five years later (1987). The Vatican put the amount of uncollectible debts at around USD 3 billion. This financial scandal shook the Vatican to its core; it vowed to mend its ways and asked the faithful for leniency for the wrongdoings of individuals. 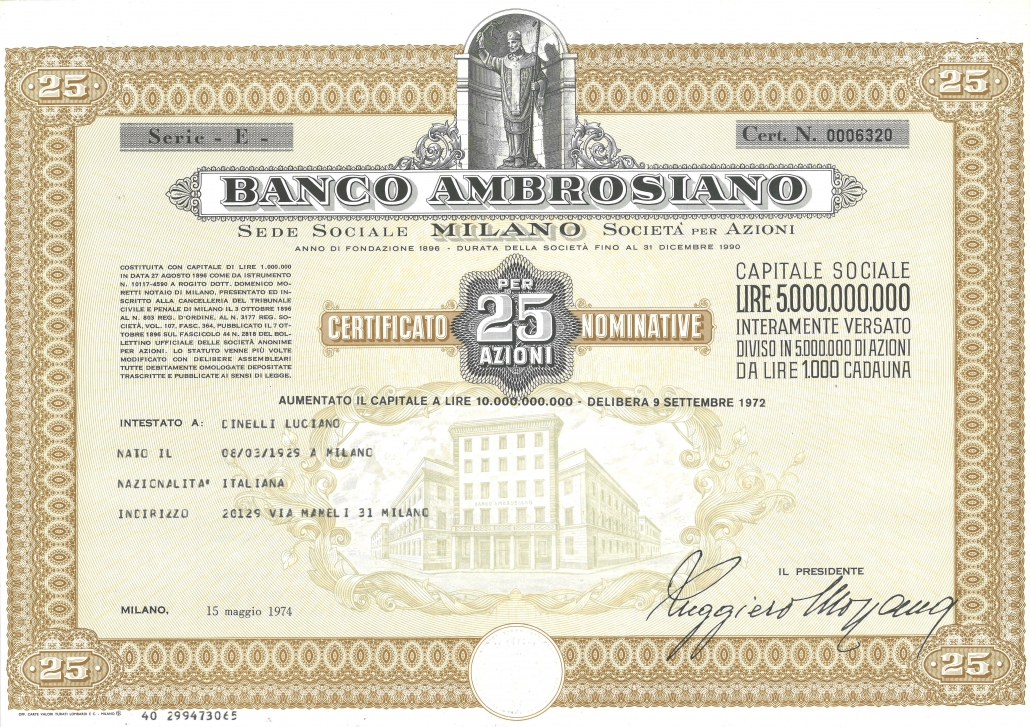 More than forty years later, efforts at financial transparency appear to be ongoing. In 2021, another financial scandal is rocking the city-state on the Tiber. This time, it directly affects the Vatican Secretariat of State and thus the most important dicastery of the Roman Curia. In essence, it is once again about loss-making investments. Among other things, the accused are accused of embezzlement, corruption, extortion, money laundering, fraud, abuse of office and forgery of documents. A verdict in this matter has not yet been reached and the presumption of innocence applies.