The role of the Montes Pietatis as a precursor of modern securities has been little researched so far, especially with regard to economic history. The following overview is intended to provide a concentrated summary of the most important points in this regard.

Montes pietatis (Latin for mountains of mercy[1]) was the name given to the pawnbrokers’ shops first founded by the Franciscans in 1462 in Perugia, Italy. The creditors were grouped together in financial corporations and in the early 12th century mostly as non-profit institutions. These institutions were intended to combat the rising impoverishment of the urban lower and middle classes and to put a stop to the lending of money at the interest of the Lombards[2] and above all of the Jews, which was known as usury.[3] Based on the theological understanding of the time, however, the lending of money against interest (whether or not secured by pledge) was frowned upon.[4] The assets were mainly real property and the only recognized means of exchange were the products of animal husbandry and agriculture. The function of money was limited to the storage of value and the measurement of value. Money as a means of exchange and debt repayment was only approved within narrow limits, but was rejected as an object of speculation. In this context, the ostracism of money lending against interest should also be seen, which makes money itself a (speculative) good and was only perceived as having a socially damaging effect at that time. For, who according to the understanding of that time had already got into a sudden emergency situation through no fault of his own and had to borrow money precisely for that reason, should “[…] not be defencelessly exposed (sic!) to the usury of the money power. It seemed to be contrary to Christian love if the borrower wanted to win over the need of the other person, especially when the loan was small and the money would be idle anyway. This was a fine moral view, which had the obvious welfare of suffering humanity in mind.”[5] 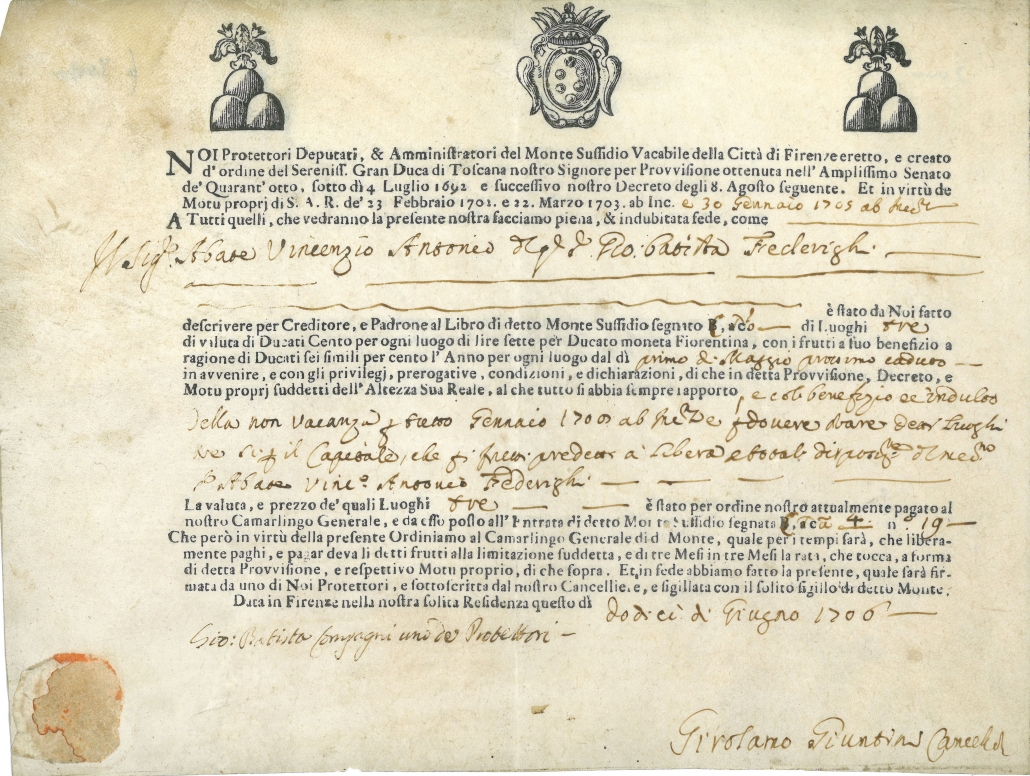 According to Holzapfel, the Lombard and Jewish moneylenders lacked an important moment which the Franciscan Montes pietatis, as moneylenders, made their own, namely the principle of Caritas (in the sense of Christian charity and benevolence).[6] A Montes pietatis was defined as a sum of money accumulated by pious and honest men for the benefit of the fight against poverty, to be paid out under certain conditions to the needy and needy. The most important prerequisite was the obligation to take a pledge, to keep it and to hand it back to the debtor against return of the sum. Compensation (fees) could only be accepted for the custody or safekeeping of the goods deposited as pledge. The aim was to protect the needy population from usury and not to cause new suffering through temporary indebtedness.[7] The Franciscans, who are themselves particularly committed to the ideal of poverty, thus became the real credit experts in late medieval economic life.[8]

The Franciscan practice of circumventing the prohibition of interest by pawnshop against payment became obsolete with the relaxation of the prohibition of interest in the Fifth Lateran Council[9] (1512-1517). At the same time, in the course of time the positive economic significance of Caritas as part of the Franciscan lending process of the time disappeared.[10] The lending institutions reformed and prospered precisely by legitimizing the Christian acceptance of interest under the new (increasingly secular) management. For example, the roots of the UniCredit Group (UCG) go back to the Monte di Pietà in Bologna in 1473, and the oldest bank in the world, Banca Monte dei Paschi (MPS), was originally founded in 1472 as Monte Pio in Siena.[11] But also the classic money lending against security and interest is still relevant today. The Lombard loan is regarded as a banking transaction in which a short to medium-term loan is granted against collateral in the form of movables (securities, bank deposits or movable property) against interest.[12]

The creditors were grouped together in financial corporations – in the early 12th century mostly as non-profit institutions – from which the first banks soon emerged. Florence and other city states such as Venice and Genoa financed themselves to a large extent with these standardised registered bonds. The separation of public debt from the personal credit of a ruler, thus accomplished, made it possible for the first time to make optimal use of the already financial resources of the citizenry. Normally, a source of income of the state – in this case the salt tax – was called the “guarantee” for the repayment of the bond.

In contrast to European law, Swiss law has a precise definition of securities. In Art. 965 OR (Code of Obligations) it is defined: Security is any document to which a right is attached in such a way that without the document it can neither be asserted nor transferred to others. In this sense, the Montes Pietatis can rightly be considered as a modern form of securities.

[1] Cf. on mercy as a concept of church administration of goods Holotics 1988.

[2] The Lombards, as representatives of the trading metropolis in north-western Italy (Lombardy), had experience in money management (exchange offices), banking and also in (double-entry) bookkeeping due to their extensive trading activities and were thus usually superior to ordinary merchants with surplus income accounting (cameralistics), cf. Schlunk 1991, Sp. 2098-2099; Noflatscher 2006, Sp. 1043.

[12] The Lombard loan is a loan according to § 488 BGB with seizure and safekeeping of the mobile collateral (§§ 1204-1259 BGB). In contrast, the definition of lombard business is narrower in Art 272 No. 3 CRR, which only covers collateral in the form of securities.

The digitised material was produced by the Munich Digitisation Centre. Since 1997, this centre has been bringing the rich holdings of the Bayerische Staatsbibliothek (BSB) to the Internet and can be reached at: www.digitale-sammlung.de.

Pictured is a Monte non vacabile del Sale della Città di Firenze from 1706. Bond 3 luoghi (300 ducats), Florence 12 June 1706 (based on the decrees of 4 July 1692, 23 February 1701 and 22 March 1703). Parchment, probably pigskin, seal removed. Three wood engraved vignettes, right and left with three loaves each, in the centre the Medici coat of arms with the six pills, printed text and handwritten additions and signatures.

Antilibrary in a nutshell
Scroll to top